Halloween, All Saint’s Day, and All Soul’s Day 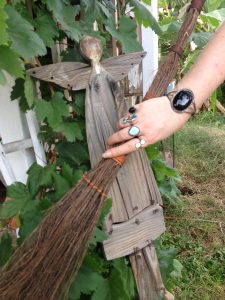 Samhain or as it is also known – All Hallows Eve, Winter Nights, Hallows, Hallowtide, Shadowfest, Third Harvest, Spirit Night, Candle Night, Ancestor Night, November Eve, Apple Fest, or even Santos, or Devil Night. Most know this night, the 31st of October as Samhain, or Halloween. In many traditions This night is one of eight Sabbats.

The Sabbats are comprised of the two Solstices, and two Equinoxes as solar holidays, and four cross-quarter days between these solar points. An equinox occurs when the angle formed at the Earth’s center between its axis of rotation and the line joining the Earth to the Sun is a right angle. At such a point in Earth’s orbit the length of day and night is equal. A solstice happens when this angle reaches a maximum or a minimum. Then the duration of the day and the night is either longest or shortest. The cross-quarter days occur midway between the Equinoxes and solstices. Each of the cross-quarter days celebrations are inspired by older Earth festivals that folk in Western Europe traditionally observed. It is thought that Samhain was originally celebrated as the Pleiades star cluster culminated in the sky at midnight. This culmination now takes place closer to November 21st

Samhain, or All Hallow’s Eve if you please.

Samhain is viewed by many as New Year’s Eve for witches. It is also seen as the third and final harvest festival, this is the close of harvest, the last chance to dry herbs, and the start to the season of winter. This is an ideal time for all manner of divination, and personal reflection. 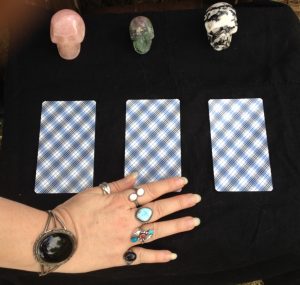 Samhain is a time to celebrate the cycle of death and rebirth. A time to mourn and remember the dead, as well as honor the ancestors. It is often said that the veil is thin between the worlds at this time of year. This really is more about our ability to perceive what is actually already there, it seems easier for many at this time of year to perceive or even communicate with those who have passed on ahead of us.

In this vein of honoring and communicating with the dead we create ancestor altars, hold mummer’s suppers, and leave a plate of food and glass of wine outdoors for wandering spirits. This is not so different than how many will celebrate the Dias De Los Muertos.

All Saint’s and All Soul’s Days

While All Saint’s Day on November 1st is a solemn holy day of obligation in the Catholic Church, dedicated to the Saints and all who have reached heaven, All Soul’s Day is dedicated to those who have died and not yet attained heaven. The obligation to attend Mass on Saint’s Day falls on all Catholics. Started formally by Pope Boniface IV, who also established All Soul’s Day on November 2nd. The choice behind the timing may have been intended to absorb those who participated in the pagan holiday “feast of the Lamures”. A day filled with rites to placate, or exercise restless spirits, propitiating them with beans.

Day of the Dead now begins on October 31 and ends on November 2nd. It is a Mexican tradition that was likely started by the Aztecs 3,000 years ago. Originally it took place in summer. It has moved to coincide with All Saint’s and All Souls Days. Much like Samhain, altars to ancestors and recently passed loved ones are created. Food, drinking, music and stories are also important to the celebrations.

Families come together and prepare an altar, then they go to the cemetery and bring their picnic baskets to the graveside. Often mariachi bands are included in the party to celebrate life and those who have passed on. 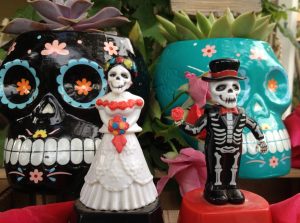 The altar filled with oferendas (offerings), decorated with photographs of the deceased loved ones, bright flowers like marigolds and cockscomb, favorite foods, candy, and drinks are usually included. For some adults cigarettes and alcohol are also included. The popular sugar skulls were likely a result of exposure to 17th Century Italian sugar crafting skills. The skull would represent the departed and their name would be written on the forehead and then it would be placed in the home altar, or on a gravestone.

It is not only fascinating but also somehow comforting to think how similarly we remember and celebrate our dead. As easy as it might be to get stuck in a place of grief at this time of year it is helpful to remember that it is also time to celebrate life. Life that has been lived, as well as life that is being lived now, and maybe even that which is yet to be lived too.